Founded in 1848, the Tiefenbrunner Castel Turmhof Winery owes its name to the ancient castle known today as the home of the Tiefenbrunner family. The winery is in the hamlet Entiklar, in the town of Kurtatsch, which is in the South Tyrolean province of Bozen amid the awe-inspiring Italian Alps. Tiefenbrunner produces over 20 types of quality wines, and each bottle receives the attentive care of expert winemaker and owner, Christof Tiefenbrunner. Many international awards testify to the quality that results from their generations of experience, with the flagship of Tiefenbrunner being the Müller-Thurgau “Feldmarschall.”

Wine grapes have been cultivated at Castel Turmhof for over 300 years, and from numerous historical documents, it is clear that wine growing played a significant role in the economic development of Entiklar. Vines were cultivated here as early as the era of the Rhaetians, and in particular, during Roman times. The “Linticlar estate” is first mentioned in records dating from 1225 AD. A hundred years later, the Cathedral Chapter of Trento was supplied with wine from the estate “auf dem Püche,” also known as “mansu a coste,” on the orders of the Counts of Tyrol. With the drawing up of a new land register in 1848, the castle name officially became “Turmhof” under owner and winemaker Karl Pardatscher. In 1968, Hilde and Herbert Tiefenbrunner took ownership and set off in a new direction for the winery, with the opening of an outlet at the Turmhof. Wines intended for sale off-premises were now bottled and sold to the general public. Gradually, new markets were developed and production of bottled wines increased accordingly.

Hilde and Herbert's son, Christof, was born in Bolzano in 1965.  Christof attended the Commercial School in the Alto Adige region at Ora, followed by the Laimburg School of Agriculture Horticulture and Viticulture. Christof’s winemaking training also included three months at the Castello di Volpaia in Tuscany in 1985, and three months at a winery at Augsburg, Germany in 1983. Today, Christof is fully committed to the Tiefenbrunner principles of preserving the character of grape varieties and the high quality of the grapes themselves.

Tiefenbrunner’s vineyards are located along the enchanting Südtyroler Weinstrasse, the Wine Route of South Tyrol, in one of the most beautiful wine-growing areas in Alto Adige. The vines are grown mainly on the mountain slopes around the Turmhof Castle, with other vines located in the flatter areas of the valley. The primarily southward-facing slopes and their loamy, chalk-rich soils represent the best environment for producing high-quality wines. The Mediterranean climate, characterized by moderate rainfall and cooling evening winds, allows for a substantial difference between day and night temperatures, providing ideal conditions for the perfect ripening of the grapes. Rich in extracts and potent in aroma, the grapes are turned into wines of unmistakable character.; at 3280 feet above sea level, it is the highest vineyard in Europe. The philosophy of the Tiefenbrunner family, in the vineyards and in the cellar, is to relentlessly improve the grape quality and to highlight the varietal character of each wine. This guiding principle is both a philosophy and the basis for the winery’s viticultural practice in harmony with nature, reflected in the cultivation and protection of the vines. When new vines are planted, the optimal combination of location and varietal is sought. The carefully selected vine stocks are no longer planted strictly in the traditional pergola system, but trained on wire frames regardless of the location. In the last few years, however, the traditional pergola system has been re-introduced to the steep rock slopes in a slightly altered form. The open pergola offers the vine an ideal balance between sun and shade, which contributes to the development of particularly good grape aroma.

Expert winemaker Christof maintains complete control over all winery operations, from harvest through the transformation of the juice into world-renowned wines. His expertise is highly regarded well beyond the borders of South Tyrol, showcasing grapes pressed from over 60 acres of estate-grown vines. Tiefenbrunner also purchases select grapes from another 100 acres of surrounding vineyards. The selection of only healthy and high-value grapes ripened over months in the vineyards leads to the subsequent task of maintaining and perfecting quality in the cellar. 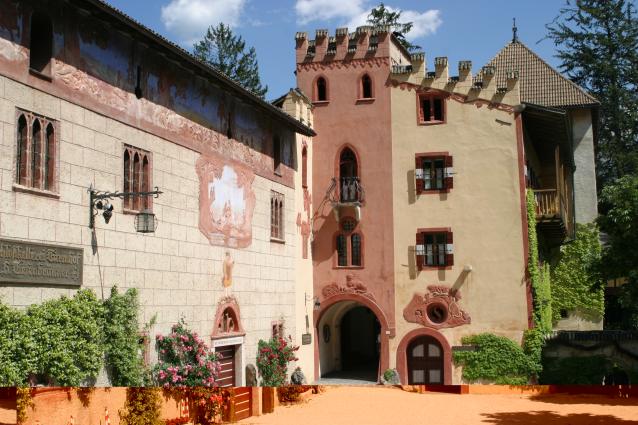 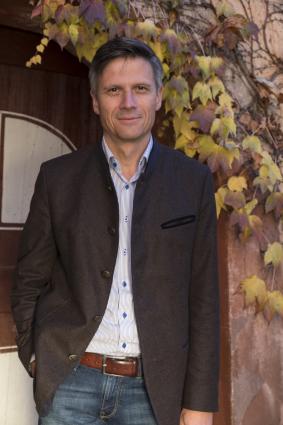 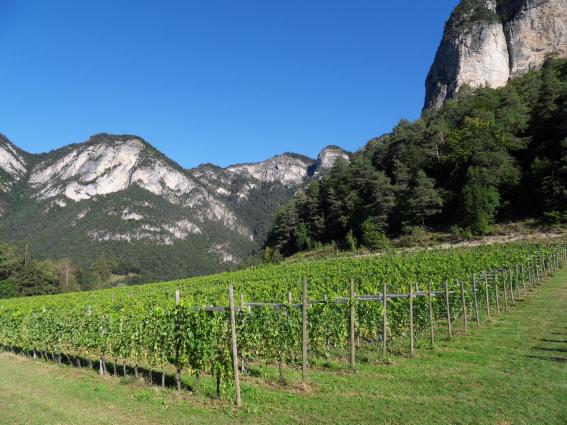 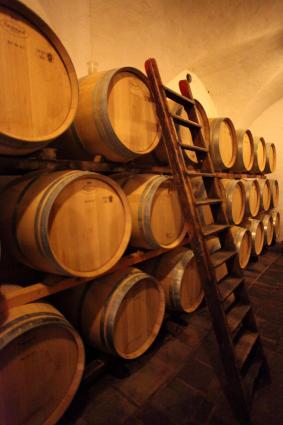 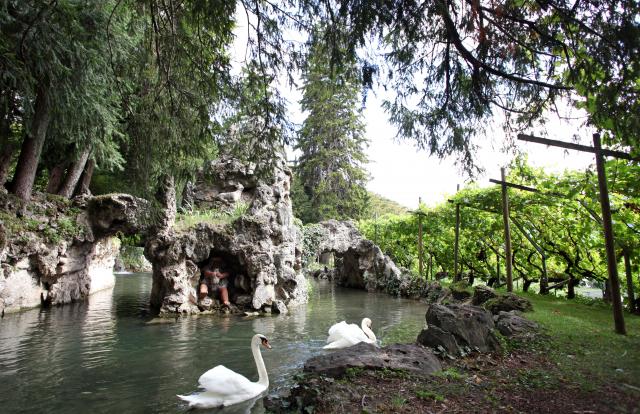 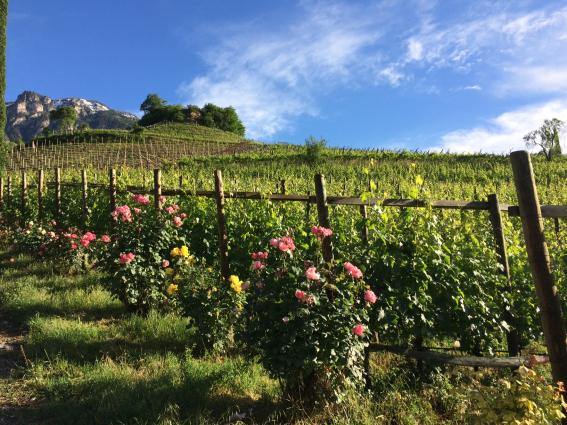 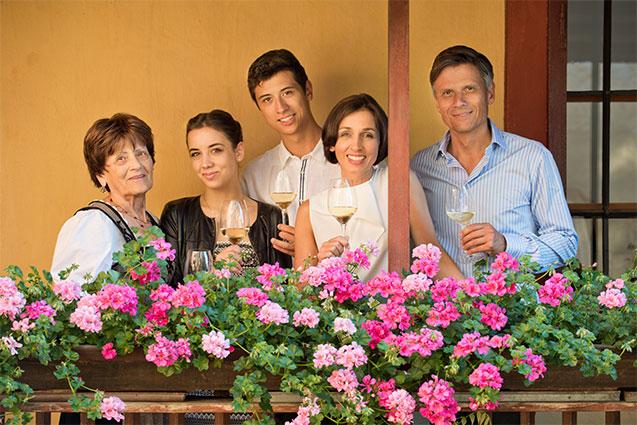 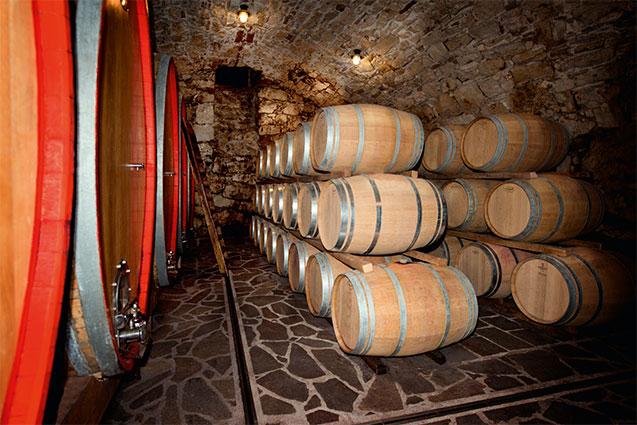 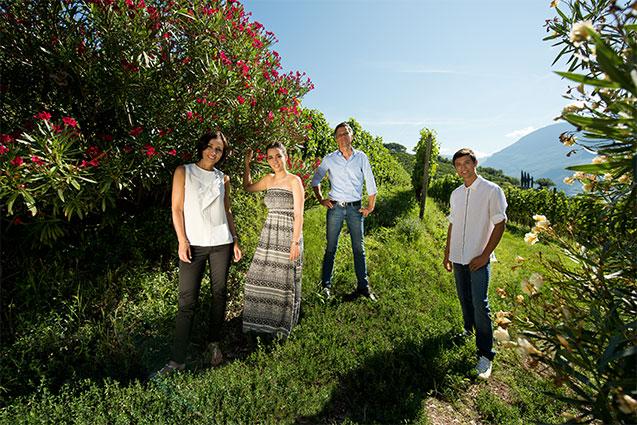