When Andrea Vecchione, proprietor of San Quirico, replanted his original 27 acres of vineyards more than 20 years ago, he was one of few in the area of San Gimignano who took a scientific approach to the task. The results have been so outstanding that his vineyards are now a prime source for select grafting. With their southern and western exposures, Andrea’s vineyards have now doubled in size, while his approach to winemaking still has but one yardstick: quality. His winery is small but efficient and equipped to produce state-of-the-art wines. In 2004 San Quirico obtained USDA NOP (National Organic Program) certification for their organic products and the 2005 vintage was the first to be labeled as such.

The San Quirico Winery takes its name from the nearby commune of San Quirico d’Orcia located in the province of Siena, one of the Tuscany region’s most beautiful areas. The Province of Siena is divided into 35 municipalities, 15 of which are home to the production of Chianti Colli Senesi. It is here that San Quirico produces their sole red wine, Chianti Colli Senesi DOCG, amidst a landscape of cypress trees and rolling hills crisscrossed by ancient roads and dotted with picturesque villages and medieval castles. Also included in their portfolio are two textbook examples of the Vernaccia di San Gimignano DOCG white wines. San Gimignano is a pristinely preserved, medieval walled town perched on a hilltop, within which one can find stunning examples of Romanesque and Gothic architecture. In fact, the historic center of the town is a UNESCO World Heritage site.

Andrea Vecchione is very much a man of the land. His great-grandfather bought the San Quirico estate in 1860 and his grandfather built the first house on the property forty years later. As stewards of this land, the Vecchione family strongly believes in taking care of their heritage and has gradually converted their estate to organic viticulture. Many other improvements have been made over the years, both in the vineyard and in the winery, in order to make the best wines possible from this area. But above all, Andrea believes that his wines should be enjoyed with food. 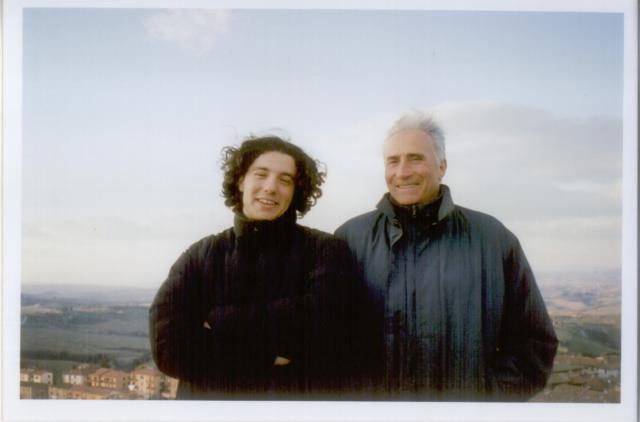