Owned by the renowned oenologist Vittorio Fiore, Castelluccio was originally founded in the 1970s. In the 1980s Vittorio Fiore became the consulting winemaker and in 1999 he purchased the majority of shares in the property.

Castelluccio is nestled in the Modigliana Hills, between the two towns of Faenza and Forlì, at an altitude range of 750 - 1500 feet above sea level. The territory is known as Emilia Romagna and was part of Tuscany until the 1930s. Castelluccio extends approximately 150 acres, with 36 acres of vineyards and 6 acres with olive trees. The soil is compact layered marl and limestone, the location is composed of micro-areas called “ronchi”, referring to the rock formations that protrude from the mountain side, and render a very high quality of grapes. Sangiovese di Romagna, Cabernet Sauvignon and Sauvignon Blanc are the main grape varieties grown at Castelluccio. Sangiovese di Romagna is indigenous and expresses perfectly the character of the terroir and is a central grape to some of the world’s greatest wines.

The heart of Castelluccio’s philosophy is to respect and interpret the characteristics of “Romagna.” An ideal location near both the Adriatic Sea and the Apennine Mountains, it is recognized as a micro-zone for Sangiovese di Romagna as well as being the only DOC named after the ubiquitous grape. The notable uniqueness in terroir contributes greatly to the expression of the varietal. The elite members of the Castelluccio Estate team make every effort to produce wines that reflect its uniqueness. The outcome is wine that compares flawlessly to the Sangiovese grapes being grown in areas of Tuscany just on the other side of the Apennines Mountain. 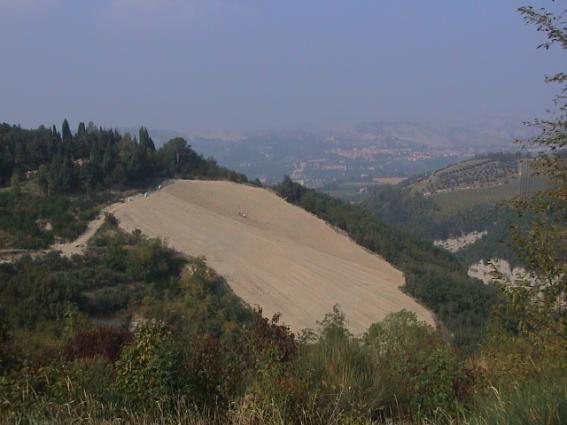 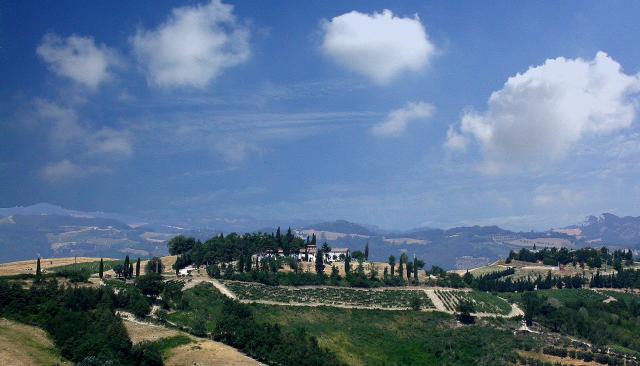